Hotels have been used as movie locations for decades, and this week we’re paying homage to the hotels which also have airtime.

The most photographed hotel in the world is over 150 years old and has played a vital role in storytelling for the majority of these years. The hotel has been host to multiple literary writers, such as Fitzgerald, Hemingway, Stefan Zweig, and Noël Coward, actors including Marlene Dietrich, Alain Delon, and Elizabeth Taylor. The list doesn’t stop there, many politicians (Churchill, the Kennedys, and De Gaulle) and artists ( Picasso, Matisse, and Chagall) have all spent their time at the Hotel du Cap-Eden-Roc. If one movie wasn’t enough, the hotel’s restaurant was also used in the James Bond film, Diamonds Are Forever. 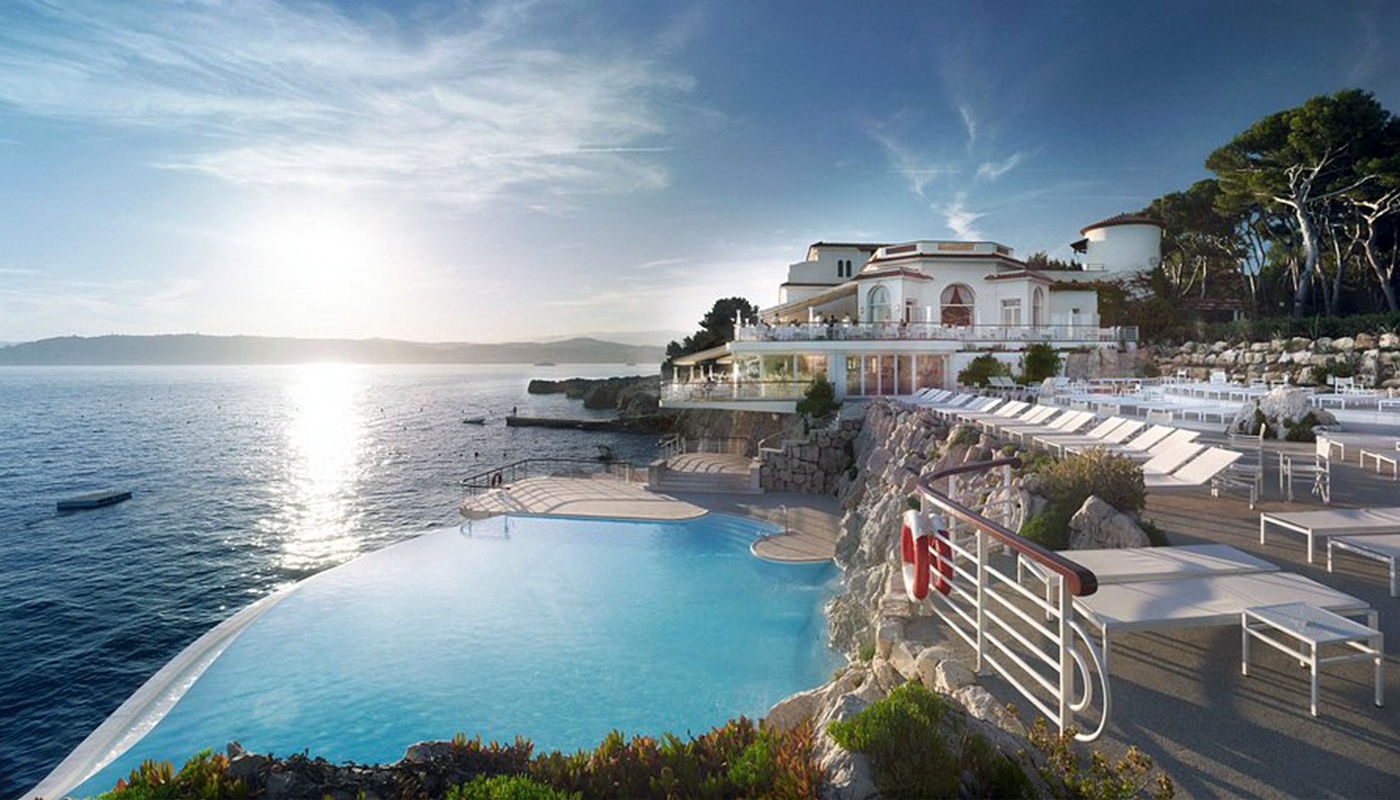 2. The Headland Hotel – The Witches

The iconic Hotel Excelsior in the popular 1990 film adaption of Roald Dahl’s The Witches, is in fact the Headland Hotel. Located in Cornwall and despite being 30 years old, the film is still watched today around the world. As a result, many visit the Headland Hotel, hoping to look around for the mice that were in the movie! 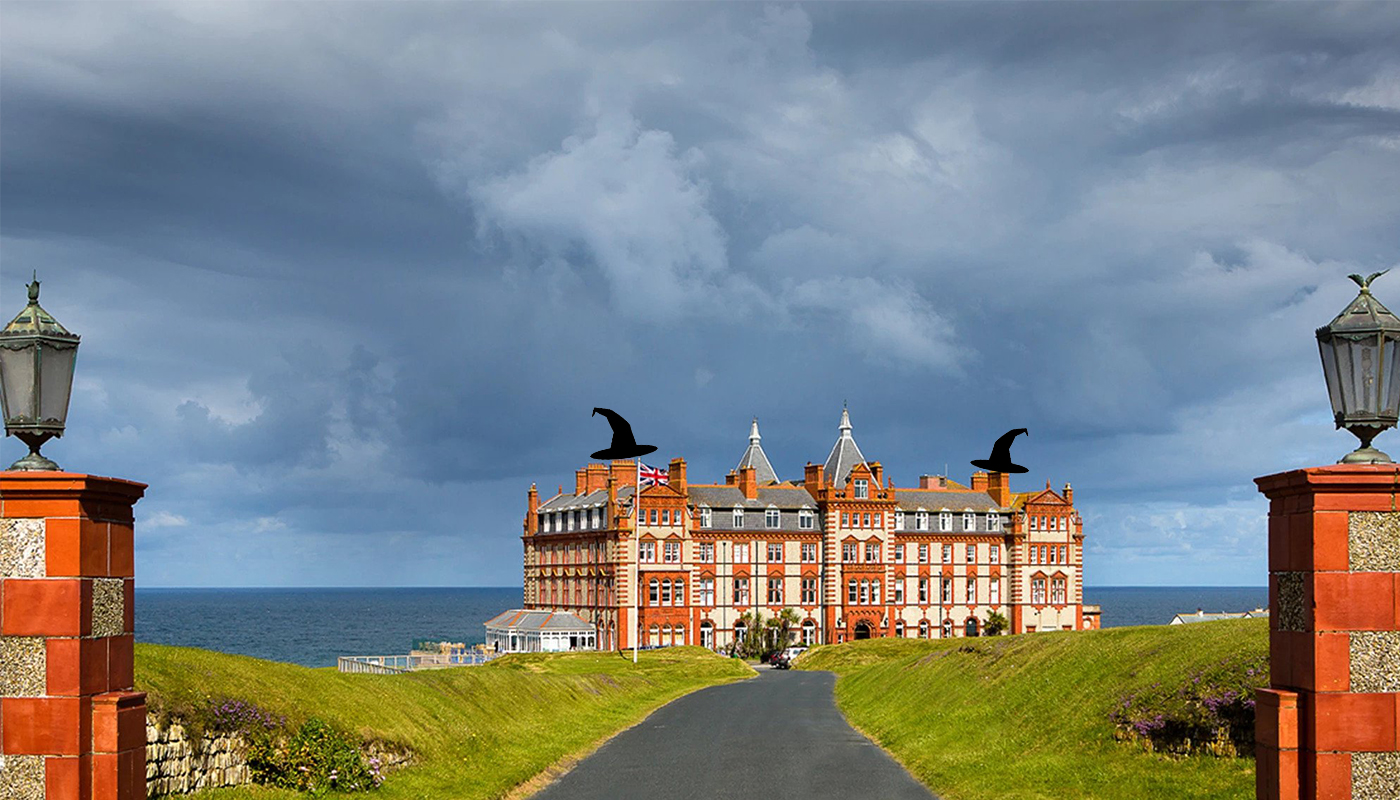 The Peninsula’s flagship hotel has been considered the best hotel in the world for many years, and as a result, of course, it would make the best movie location for one of the greatest film franchises. In the film, James Bond (Roger Moore) witnesses Bond girl Andrea Anders (Maud Adams) being picked up by one of the famous “Peninsula-green” Rolls-Royces. The hotel hosts the famous fleet of green Rolls-Royce courtesy cars. Recently, the cars have been updated from Rolls Royce Silver Spurs to 14 long-wheelbase Rolls-Royce Phantoms, the largest single order placed with Rolls-Royce in its history. 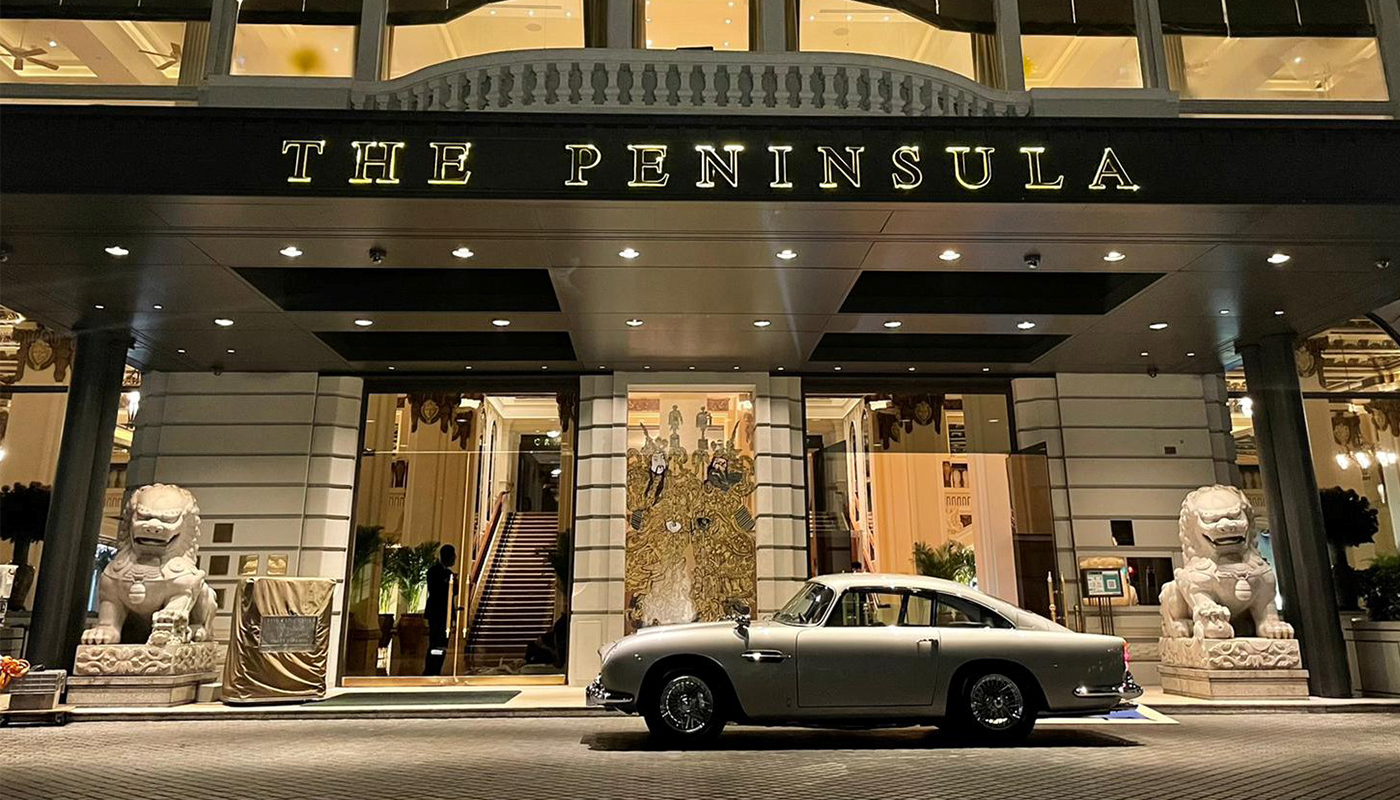 The Royal Lancaster Hotel has been host to many events star-studded movie locations over the years, from the Beatles ‘Yellow Submarine’ to the Italian Job. Filmed in 1968, the hotel has seen substantial renovations and has also chosen to honor its link to the movie with toy Minis in some of the rooms. 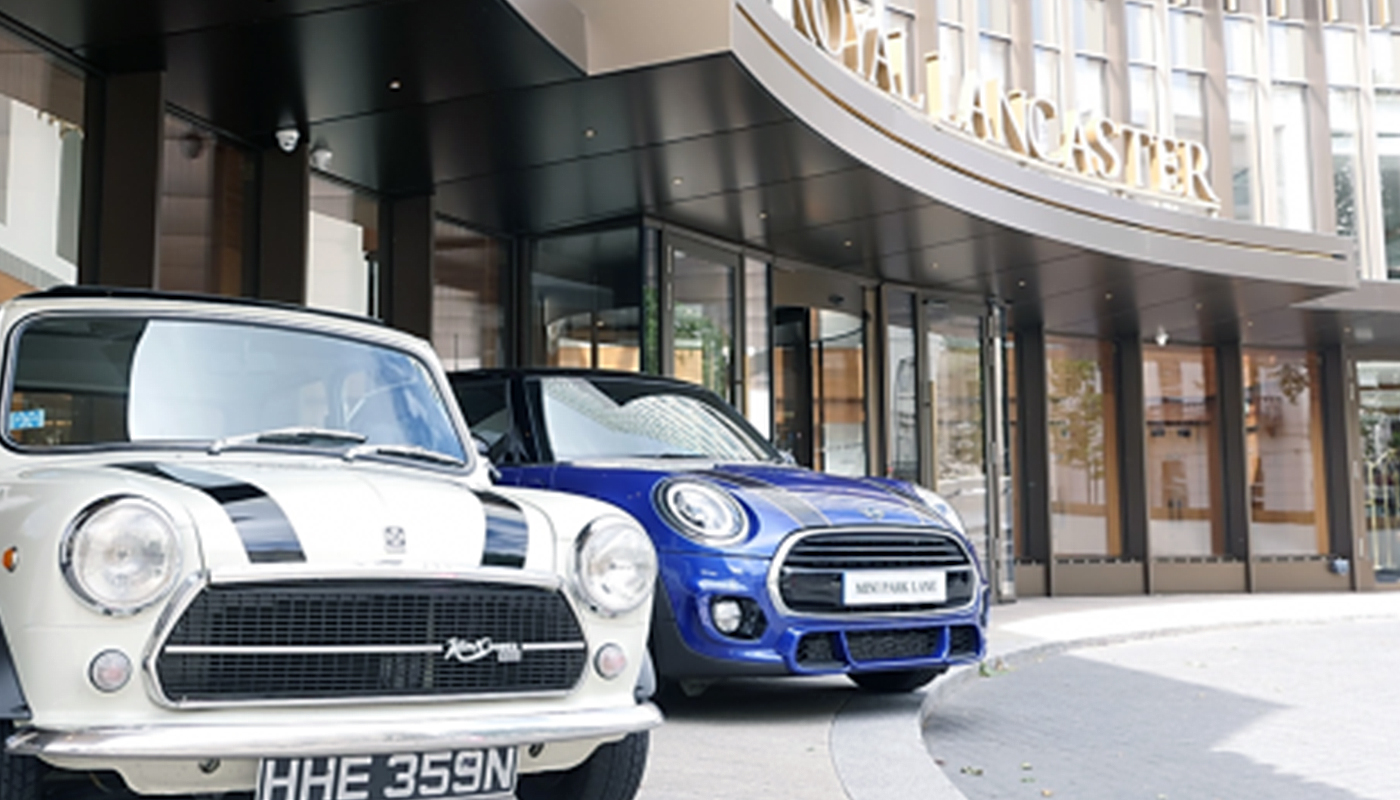 5. Gstaad Palace – The Return of the Pink Panther

An iconic film could only have been filmed in an iconic location, the 1975 movie not only included shots from the hotel but the hotel’s famous Rolls Royce Phantom has chauffeured many of the guests of the film through the region. 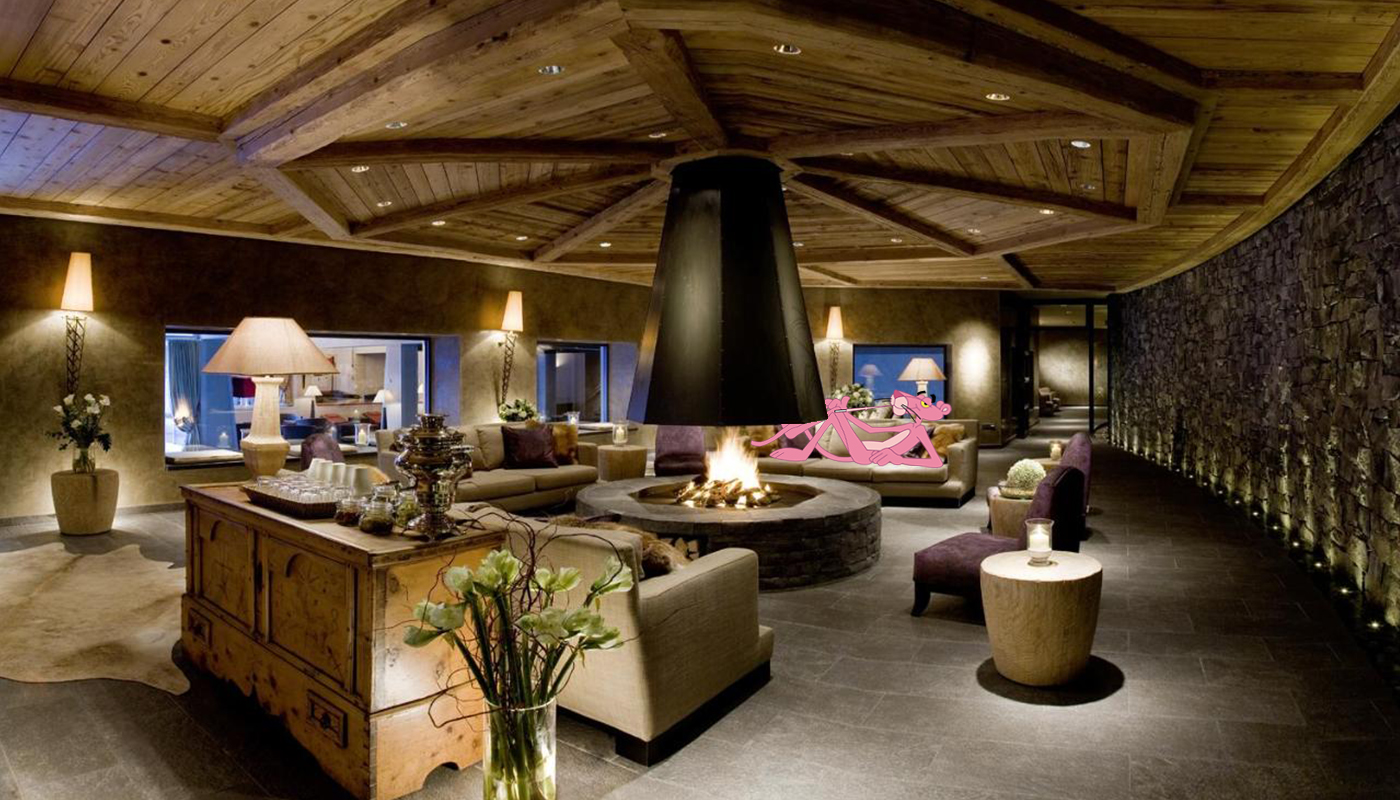 That concludes some movie locations in Airtime hotels. To find out more about Airtime, and how your hotel can adopt our famous movies in your hotel rooms, click here.

The Hotel 'Stacked' with charm Zaandam, until now, is best known for it's cocoa, biscuits and housing Europe's first McDonald's

Gleneagles Townhouse – A Slice of Heaven In The City

Gleneagles Townhouse – A slice of heaven in the city In autumn of 2021, the new

We believe your data is your property and support your right to privacy and transparency.

We use cookies on our website to give you the most relevant experience by remembering your preferences and repeat visits. By clicking “Accept All”, you consent to the use of ALL the cookies. However, you may visit "Cookie Settings" to provide a controlled consent.
Cookie SettingsAccept All
Manage consent

This website uses cookies to improve your experience while you navigate through the website. Out of these, the cookies that are categorized as necessary are stored on your browser as they are essential for the working of basic functionalities of the website. We also use third-party cookies that help us analyze and understand how you use this website. These cookies will be stored in your browser only with your consent. You also have the option to opt-out of these cookies. But opting out of some of these cookies may affect your browsing experience.
Necessary Always Enabled
Necessary cookies are absolutely essential for the website to function properly. These cookies ensure basic functionalities and security features of the website, anonymously.
Functional
Functional cookies help to perform certain functionalities like sharing the content of the website on social media platforms, collect feedbacks, and other third-party features.
Performance
Performance cookies are used to understand and analyze the key performance indexes of the website which helps in delivering a better user experience for the visitors.
Analytics
Analytical cookies are used to understand how visitors interact with the website. These cookies help provide information on metrics the number of visitors, bounce rate, traffic source, etc.
Advertisement
Advertisement cookies are used to provide visitors with relevant ads and marketing campaigns. These cookies track visitors across websites and collect information to provide customized ads.
Others
Other uncategorized cookies are those that are being analyzed and have not been classified into a category as yet.
SAVE & ACCEPT
Go to Top